← more from
Temporary Residence Ltd.
Get fresh music recommendations delivered to your inbox every Friday.
We've updated our Terms of Use. You can review the changes here.

by Explosions in the Sky 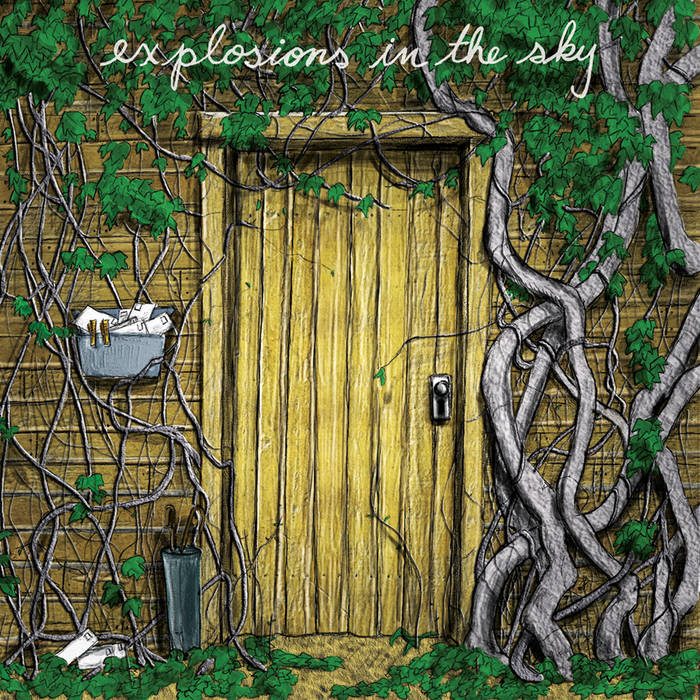 mikeymac58 Love the way these songs mesh together and have an almost erie, mysterious, haunting sound that is quite beautiful Favorite track: Postcard From 1952.

What takes us so long between albums? It's a fair question.

One of us took classical guitar lessons. One of us restored a piano from 1888. One of us had a serious illness in the family (and a recovery). One of us attempted, but did not complete, the P90X program.

Two of us can't get to sleep most nights. Two of us wake up early in the morning and can't get back to sleep. No joke, it's a challenge schedule-wise.

We had a weekend shut-in sleepover at one of our houses, in which we wrote music and watched movies and threw around ideas. It was productive and come to think of it, we should probably do that more often.

We made at least 50 demos, and that's probably a conservative estimate. And ended up with six songs.

At one point during these four years we got pretty frustrated and took a hiatus from music. We called it a sabbatical. It lasted a couple months.

When 2010 showed up, with the sabbatical safely behind us, we looked around at all the demos, all the instruments, and tried to see some sort of sense, or theme, or anything in it all. And slowly, we found it was already there. One part became two parts, a new guitar line made one part come alive, an added tambourine made another sing. Things started to fit together in ways we couldn't have planned. One song was finished, and less than a week or two later another song was finished. The rest followed over the next six months.

In september of 2010, we drove out to a studio called sonic ranch, 20 miles east of el paso. We spent almost two weeks out there with our friend John Congleton, who recorded the album. It is a pretty great place, with five studios and a pet raccoon on a huge pecan ranch. When that was finished, we went back home to Austin and mixed the album at a studio called public hi-fi. and finally we mastered the album in New York CIty with Greg Galbi. We are pretty ecstatic with how it turned out.

Explosions in the Sky Austin, Texas

Thanks and good luck.

Bandcamp Daily  your guide to the world of Bandcamp