by Explosions in the Sky 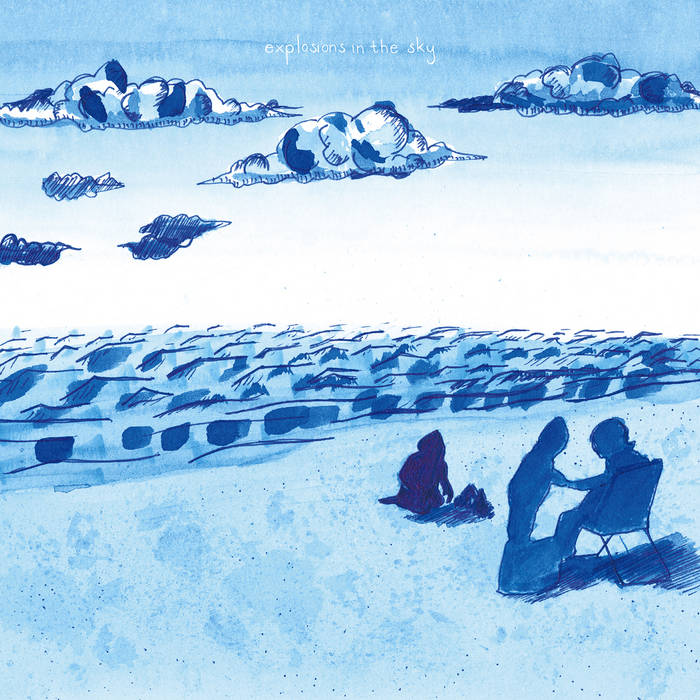 nullandvoid2022 Simply beautiful! Sweeps me away and overcomes me with a mixture of happy, calm, and melancholy feelings. No other music subdues me in quite the same way. Favorite track: A Song For Our Fathers.

corbanfewster The most beautiful harmony between instruments creating a raw rollercoaster of a story. Always lots of space to wander throughout the songs. Favorite track: Magic Hours.

The members of Explosions In The Sky played their first show, at the University of Texas’ student radio station, on July 4, 1999, under the short-lived moniker, Breaker Morant. A year later, they recorded their first album, How Strange, Innocence, over the course of two days, and made 300 CD-R copies to sell at shows and give to friends in their hometown of Austin, TX.

Following their third album, The Earth Is Not A Cold Dead Place, the band released a single vinyl pressing of How Strange, Innocence as the debut release on a friend’s short-lived local imprint, Ruined Potential Records. Sold exclusively on a 2004 North American tour, the sole pressing of 300 sold out immediately, quickly becoming an urban legend for fans. Now, in honor of the band’s 20th anniversary, we are delighted to bring this treasured document of Explosions In The Sky’s humble beginnings back into the world.

How Strange, Innocence – Anniversary Edition has been beautifully remastered by Heba Kadry – with vinyl lacquers cut by Bob Weston – and packaged in an incredible full-color, heavyweight triple-gatefold jacket with matte varnish, heavyweight full-color insert, and custom vinyl etching containing the charming story of How Strange, Innocence in the band’s own words. This is the definitive sound, look, and feel of the album that started one of the most inspiring and unique careers in modern underground music.

Explosions in the Sky Austin, Texas

Thanks and good luck.

Bandcamp Daily  your guide to the world of Bandcamp